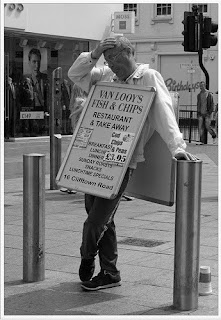 I checked my email last evening and discovered a new batch of Twitter users had started following my account. As I always do, I visited their account pages and looked for those I might be interested in following back. Unlike many Twitter users I know, I don’t automatically follow every non-spam account that follows me: I look for people and organisations that I can interact with, converse with, gain value from.

Of late, I’m seeing a lot of accounts that just seem, well, odd. I pondered this out loud, and when Tim Malone asked me what I meant, I thought I’d try and distill my thinking into something coherent.

There are a number of things these odd-looking accounts have in common:


Let me explain what I mean:


I am not a Social Media Expert (thank goodness!) But I do offer these suggestions under the umbrella of Common Sense:

If you’re a person: don’t sell yourself, be yourself. If you’re a professional, no one is going to hire/collaborate/communicate with you because of your awesome Twitter background that contains half your resume. They’re going to do those things because of how you act and interact online (just as they do offline).

If you’re a company: keep your tweets directly related to company material. I don’t expect a company to tell me about a news story, or give me an inspirational quote. I want to know what you’re doing, and how you’re making things better for your clients/customers. That doesn’t mean every 2nd tweet should flog your product, but it does mean stay on message.

Decide what type of account you’re starting, and stick with that. If you want to do both, make two accounts. Trying to be both just looks weird, and ends up being neither.
Photo: Southend: Van Looy’s Sandwich Board by DBullock. Used with Permission.

Andy
A single-line anonymous insult with nothing useful to say? Ooh, insightful :)
Andy
"I am not a Social Media Expert"